Odessa
Brave New World is the first episode of Heroes Reborn. It was directed by Matt Shakman and written by Tim Kring and aired on September 24, 2015.

After a terrorist attack in Odessa, Texas, left the city decimated and lives in shambles, those with extraordinary abilities are in hiding after being blamed for the catastrophic event. A new world order has them being hunted by those with nefarious motives, such as Luke and Joanne Collins, who are out to avenge a tragic loss of their son. Meanwhile, Noah Bennet has taken measures to put his old life behind him and start over, until he comes face to face with Quentin Frady, a conspiracy theorist out to uncover the truth behind the Odessa tragedy. Elsewhere, some are discovering their newfound skills. Awkward teen Tommy just wants to be normal and win the girl of his dreams, Emily, but normalcy is virtually impossible after learning of a new ability that terrifies him. Coming from a very sheltered upbringing, a bold and ethereal teenager, Malina, has been told she is destined for greatness. In Tokyo, a quiet and unique young woman, Miko, is trying to track down her missing father while hiding an extraordinary secret that will make her a force to be reckoned with. In Los Angeles, a different type of hero is emerging through former soldier Carlos. For better or for worse, some are fated to cross paths with assorted heroes of the past and together their ultimate destiny is nothing less than saving the world and mankind.[1]

This continuation NBC's Heroes begins with on June 13th(one year ago) Noah Bennet sitting on a bench in Odessa Texas, right outside of the Odessa unity summit. He arrives at the summit and is welcomed by a group of humans that are against the unity of humans and evolved humans. He then goes on to see evos in public displaying their abilities such as Flight and Invisibility. There are reporters at the summit which suggest world wide coverage of the event, seconds later, the sky darkens and then a massive explosion occurs, killing nearly everyone in attendance. Noah survives the explosion and wakes up to chaos and destruction.

In Saint-Felicien, Quebec, a unnamed evo is seen running in the streets from a truck, he is chased into the woods where he then uses his ability of Invisibility to escape. Somewhere in Yanqing, China(4 months ago), a man is seen escaping but is being slowed down by chain around his wrist, so he cuts off his hand and flies away thus escaping. (7 weeks ago)Another evo by the name of Tommy Clarke is at the Canadian border trying to escape persecution, he sees that border patrol is testing people to see if they are evolved, so his mom turns the car around as quickly as as possible and drove away. June 13th(one year later), Luke Collins, Tommy and the coach from his school are all headed towards the same place, its a meeting for evos. It seems to be some kind of support group, they begin talking about everything that's happened within the last year.

Tommy reveals the reason he came to the meeting is to gain help with his inablility to control his ability, he receives a message from his mom and he leaves the meeting, as he's leaving he drops a card from his bag, he then accidentally knocks a guy off of his bike as he's running towards the bus he needs to catch. He is apparently being watch by Caspar Abraham, it's currently unclear what his reasoning is for following Tommy. Joanne Collins is chasing down a evo who leads her right to the meeting with the other evolved humans. Luke starts talking and telling them about how his boy died in the june 13th explosion, he then tells them that their powers can't be trusted and the only solution is to get rid of them, so he and Joanne kills all of them and then Luke picks up the card that Tommy dropped, they plan on killing him, they set the building on fire and leave. Ted Barnes, formerly known as Noah Bennet is now working at a car dealership and he notices someone(Quentin Frady) watching him. In East Los Angeles, Carlos Gutierrez is speaking at Linderman junior high school.

Back in Illinois, Tommy is being beaten up by a bully and he puts his hand up as if he's going to use his powers but he decides against it and then he finds out that coach Lewis was killed in a fire with 6 other people. Caspar Abraham shows up at the Chicago police precinct and eases his way past law enforcement and he uses his ability to force the guy that witnessed the fire to forget everything he saw. Back at the car dealership, Noah is apparently engaged, he once again notices that he is being watched by someone in a blue car, once Quentin realizes that he's been spotted, he drives off. In Tokyo, Japan, Ren Shimosawa, shows up at Miko Otomo apartment and he tells Miko that he was sent there but she kicks him out. Tommy is at school and runs into Emily Duval, she tells him there's a spot available at her job, she tells him to come by and then they start talking about their coach who was killed in the fire is a evo.

Carlos is with his nephew Jose Gutierrez and they are headed to his brothers car garage, Carlos and his brother seem to have a strained relationship. Noah is at his home with his finace and see's the blue car again, he goes outside and asks Quentin why is he being followed, Quentin tells hi that he needs answers for June 13th, Quentin knows all about Noah's past, he reveals to Noah that Primatech isn't dead, It's owned by Renautas then the police show up and arrest Quentin, but before he's taken away he tells Noah that his mind was erased. Back in Tokyo, Ren shows up at Miko's apartment again and explains the her that she's Katana girl, a character from a game. Noah starts to believe that there could be some truth to what he was told earlier, so he begins to go through his old stuff and he finds a card and on the back its says "see more clearly" and he looks up the company. El Vengador, a masked vigilante, who is believed to be a EVO and he is rescuing a girl from two guys, he saves the girl but is shot twice by her, it turns out she was working with the guys to trap the vigilante.

Carlos is back at Oscar's garage and discovers that Oscar is El Vengador, Oscar's dying wish was that Carlos would put on the mask and become El Vengador. Luke and Joanne Collins are at the ice cream shop waiting to see if Tommy shows up. Tommy is in the back with Emily and she gives him the job, they go to the front and Tommy notices Luke but he is unaware that Luke is the one who killed everyone, Joanne then shows him a gun and they leave out the back but Emily follows and Joanne decides to kill both of them but Tommy Stops them he uses his ability of Teleportation to send them away, then emily tells him that she will keep his secret. Carlos is one the roof comforting Jose over the death of his father, then Carlos leaves and Jose displays his ability of being able to phase through objects.

Noah arrives at "Lumiere ophthalmology" and discovers that the company is being ran by René. Miko reads the comic that was left by Ren and she discovers that it's all true when finds her dad's sword under the floor, she takes the sword out of the case and it transfers her into a game and she's a samauri. Rene hands Bennet a envelop with his glasses in it and then Rene starts choking Noah with a Garrote but Noah is able to fight him off and accidentally shoots him. Rene tells him that he wiped his memory, so that he could forget. Malina is somewhere in the artic manipulating the elements, she says "its happening faster than we thought, I don't think I can control it". 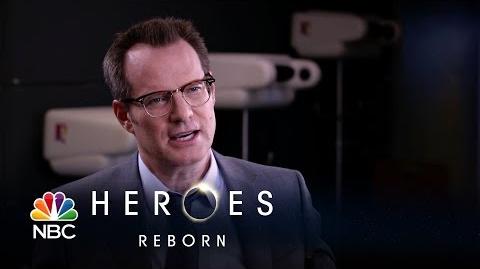 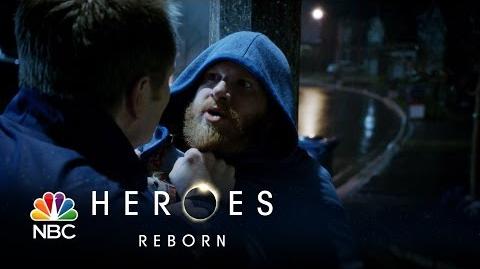 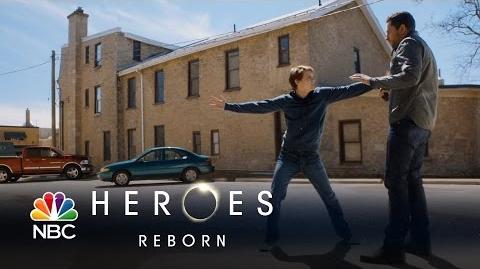 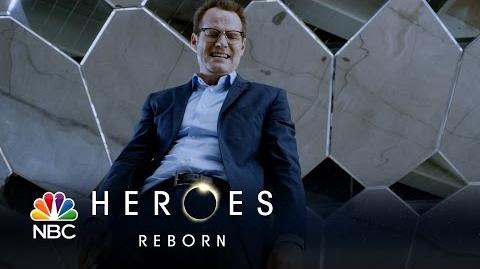 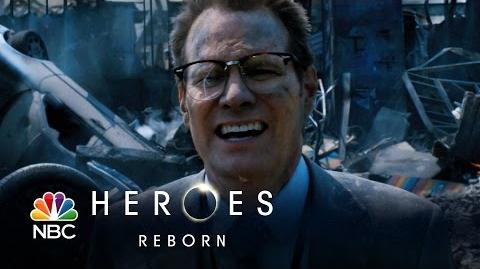 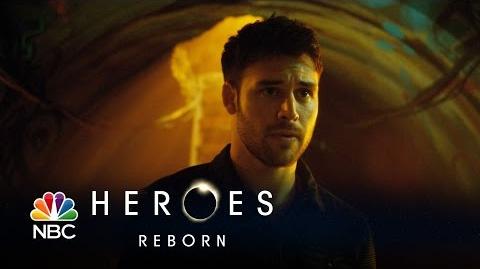 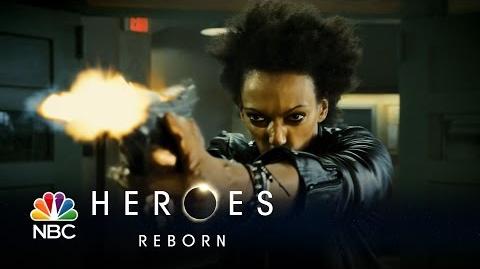 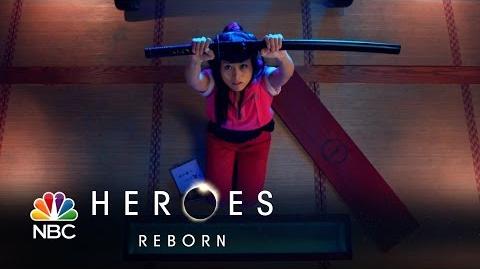