The Lion's Den
The Needs of the Many is the fourth episode of Heroes Reborn. It will air on October 8, 2015.

In search of someone from his past, Noah Bennet breaks into Renautas for answers. Miko continues her rescue mission and travels in search of her sword. Elsewhere, Tommy must use his ability to save the life of someone close to him. Meanwhile, Luke comes up against unexpected obstacles in his relationship with his wife, Joanne, while Carlos takes major steps forward in his heroic journey.[1]

Tommy Clark and his mom Anne Clark has been hit by another car, Tommy Teleports his mom and himself outside of the flipped over car, he then teleports Anne to the hospital because she is severally injured. St. Louis Missouri, Joanne kills a EVO named Alexander. Once he's dead, she and Luke walk into his house, he doesn't see as enthusiastic about killing innocent people as she does, they go through his stuff and then leave. In the Artic, Farah Nazan is worshiping on a mat outside in the cold, she gets up and sees hundreds of frozen butterflies, Malina shows up behind her and lets her know it’s time to go south. She then unfreezes all of the butterflies and they fly away. Ren Shimosawa is in a taxi with Miko Otomo, they are on their way to America.

Ren begins live-streaming and tells all of the "Evernow" fans to dress up as their favorite character and to meet them at the gates of Renautas. Quentin Frady and Noah Bennet are trying to find a way into Renautas' research lab. Jose Gutierrez and Carlos Gutierrez are at the garage, he fixes the car with the help of his Phasing ability but Carlos has no idea. Carlos then decides to add bullet proof glass and Kevlar to the car. Quentin distracts Taylor Kravid while Noah sneaks up behind her.

Quentin tells Taylor that he met her once, he tried to confront her in order to ask where Phoebe Frady is. Noah isn't asking her to betray her mother, he just wants Taylor to question her. Taylor is in Erica Kravid's office, Erica enters the room and Taylor wants to know where Francis is but Erica avoids the question, then Taylor asks her why she's rounding up EVOs and Erica avoids the question again. She tells Taylor that she wants a world of infinite supply, she wants a better world, she claims to be rounding up EVOs to save the human species. Emily and Brad show up to the hospital to check on him.

A doctors tells Tommy that his mom needs a blood transfusion and they don't have the right type of blood, Tommy tells them to test his blood to see if he's a match for her. Malina and Farah are walking through Northeast Canada, they stop, she tells Malina that their enemies have been hunting her in order to kill her, Farah looks at her and says Earth, so then Malina grows a huge tree out of the ground within seconds, then a man catches them and attempts to call the authorities but he is knocked out by Farah. Luke and Joanne are in their hotel room, she goes to open the curtain but he tells her not to in efforts to keep her from knowing he's a EVO then he suggests that they take a break from hunting, Joanne disagrees and goes hunting anyways. Luke puts his hand into the sun and it begins to glow and heat up, he then picks up a glass cup with the same hand and it begins to boil. He opens the curtains all the way and see the Aurora, and so does, Tommy, Carlos, and Miko.

At the hospital, the doctor is taking a small amount of Tommy's blood while he looks out the window at the Aurora. Miko is on the plane, she is worried that what M.F. Harris said about her being dead is true. Carlos has improved the El Vengador suit, then Father Mauricio comes down and says that he's not impressed until Carlos becomes a man that's fit to wear it. Carlos tells him that he's doing this because he wants to do something for someone other than himself. Anne is still unconscious but Tommy is talking to her and then the test results come back and Tommy wasn't a match, the doctor knows from the blood test that Tommy is a EVO, she tells Tommy that the nearest place to get blood is in Indiana.

Taylor sticks two security guards with needles, they are knocked unconscious, Noah, Quentin and Taylor are stopped by three of Harris' clones, Noah kills all three and they turn into dust. Joanne and Luke are driving and reminiscing over their first kill together and then Luke purposely makes his hand glow and sets the list of EVO names on fire, Joanne is stunned by this, she then points a gun at him but doesn't have it in her to kill him, so she tells him that she did love him and she gets out the car and walks away. Tommy is in the janitors closet with Emily, he talks about how he's different and he he feels he should be doing something extraordinary, then they teleport to Indiana to get the blood and they come right back. He gives the blood to a doctor and she tells him that he has to run because his blood test went to a federal database and now the government workers are coming for him.

They surround Tommy, he's about to teleport away but they tells him that if he leaves, his mother doesn't get the blood. Carlos has equipped the car and has taken it for a drive. Jose gets mad that he couldn't go with Carlos and unknowingly throws it into El Vengador's lair, he goes to retrieve it and finds out the truth, he grabs the mask and leaves but then the priest shows up and shortly after that James Dearing arrives and takes both of them. Quentin, Taylor and Noah find where Renautas has been keeping all the captured EVOs. Miko and Ren walk up to the Renautas gates and are greeted by the "Evernow" fans. Taylor finds Francis hooked up to a machine, the same as the rest of the EVOs, Quentin goes looking for Phoebe. Noah tells Taylor about a man that he knew who could harvest EVOs powers through their brains, he thinks that Renautas is essentially doing the same thing.

Noah finds Molly Walker hooked up to the machines, Molly tells him that it can't be stopped, then she grabbed his gun, she tells him that all of this is about more than him and her and June 13th, she says that she didn't give Erica the location, Noah wants to know the location to what, then she points the gun at her head and says that she won't help Erica kill seven billion people, then she kills herself. Doing this set off some kind of alarm system, they leave before the agents can show up. Harris tells Erica that Molly is dead and that Taylor is working with Noah Bennet, he goes on to say that local tracking is still working for E.P.I.C but no locations, its only half functional. Erica tells Harris to find Malina and kill her, she also tells him to bring in "The Shadow", in a unknown location, Phoebe is sitting in a chair and she has created a sphere of darkness 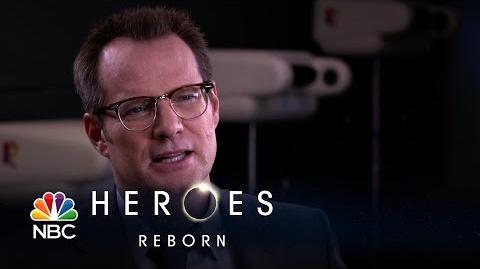 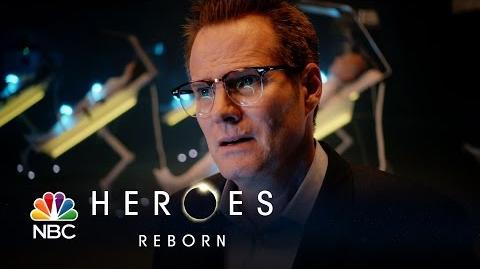 Heroes Reborn - In the Belly of the Beast (Episode Highlight) 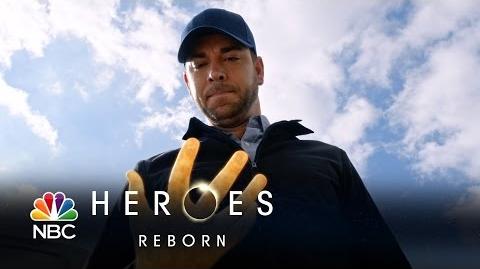 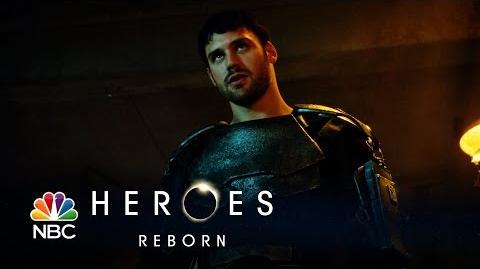 Heroes Reborn - Belief in Something Bigger and Stronger (Episode Highlight) 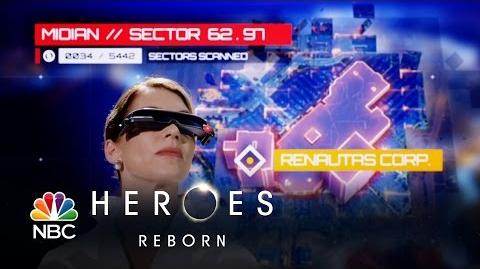 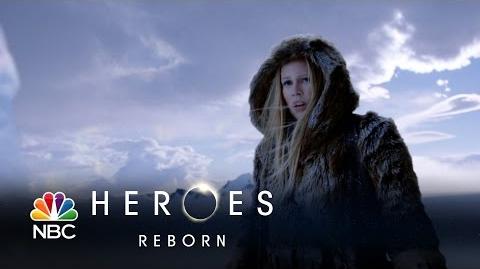 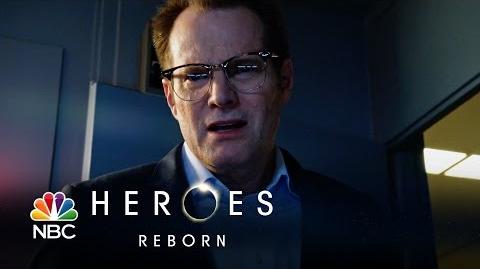