A Clear and Present Danger

After the plane crash, the prisoners go on the run. Matt Parkman sees tragedy in the near future, the powerless Hiro Nakamura vows to stand by his friends, and Tracy Strauss tries to cut a deal with Nathan Petrelli. Meanwhile, Sylar tries to find his biological father and encounters a young outcast with an ability of his own.

After hanging up, Nathan visits a captured and hooded Tracy, after being unhooded she begs him to release her but he does not comply. Her cries of him being an evolved human are quieted as she is hooded and drugged.

"Your are either Mary or Current Occupant" - (Sylar, to Mary) 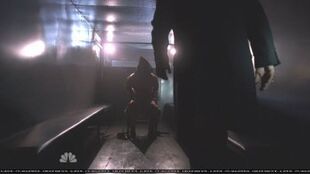 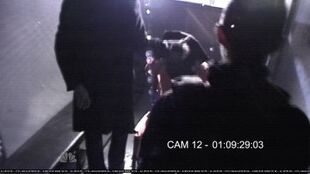 Tracy having her hood taken off
Community content is available under CC-BY-SA unless otherwise noted.
Advertisement